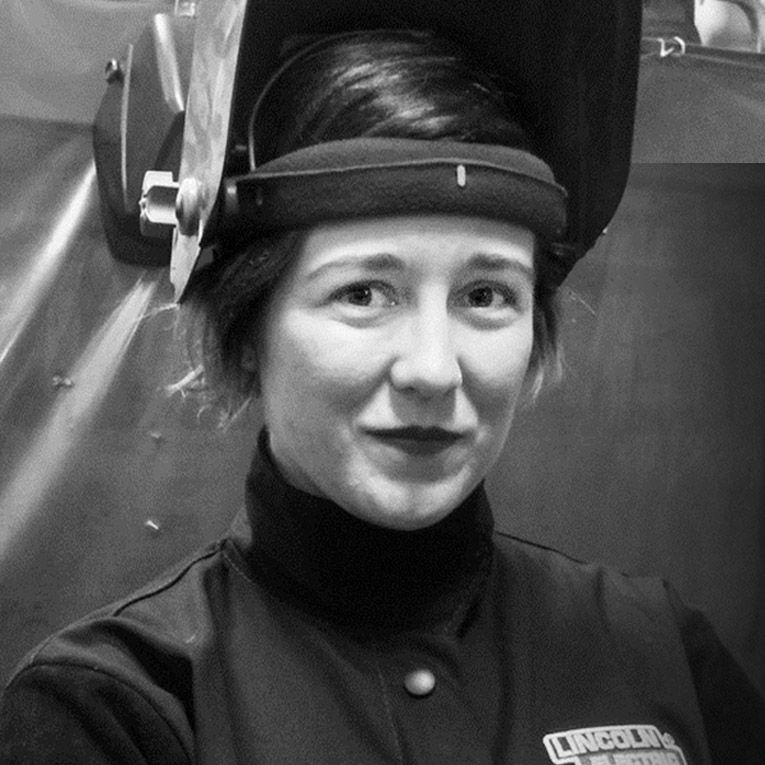 Christine is a graduate of JARC's Welding Fast Track Program.

After working as an artist, payroll assistant and server, Christine wanted her career to go in a different direction.

That’s when a friend introduced her to Jane Addams Resource Corporation (JARC). In April 2017, Chris came in for an information session and enrolled in the Welding Fast Track Program. 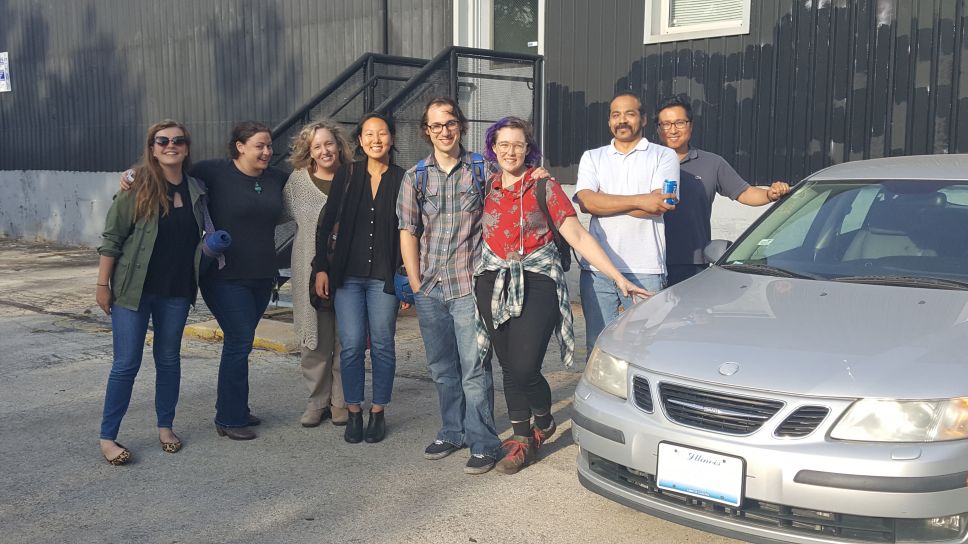 The JARC team supported Christine (in red shirt) and had fun surprising her with this car.

While learning how to weld at JARC, Chris was encouraged by her instructor, Eric White, to push herself to the next level. “I took what he said and pushed it,” she said. “I was a sponge.” At the end of her technical training, Chris took a test for her AWS (American Welding Society) certification. “I was so worried that I would buckle under the pressure, but I laid a sick 1/8-inch bead.” She passed the test!

While in the program, Chris accessed JARC’s emergency fund to help pay for expensive welding gear – helmet, gloves, jacket, pliers, and duffle bag. She also worked with JARC’s financial coach to learn how to manage her expenses. With high credit card and student loan debt, she set goals and made an income plan so that the debt would not overwhelm her. “The structure of the program at JARC is very thoughtful,” she said. “I couldn’t even take advantage of all of the resources, but just knowing they were there was very helpful.”

When Chris began her job search, she took the suggestions made by her Employment Coach and began searching for companies that matched her skills and interests. Once she had a polished resume, she began making cold calls and applying to target companies, whether or not they had job openings.

In June 2017, Chris got a job as a metal fabricator at Vero Design + Build, a general contracting, custom millwork, and design firm in Chicago. “I knew it was going to be physically demanding and stressful, but it’s a productive stress, instead of a being-pulled-around-by-your-nose-all-day stress like I was experiencing before.”

Chris is one of only three women employed by Vero. “The business manager is female, and she’s excited to have another female in the group,” she said. “I was worried that I was going to find a place that was not open to a newbie.” Instead, she found a supportive work environment at Vero and loves the exciting design projects she’s working on, including welding furniture for a new café in Chicago.

One of the areas Chris worked on was her confidence. What advice she would give to someone thinking of a welding career and training at JARC? “Don’t underestimate yourself. You can figure it out. Keep your mind open, and don’t come in with any preconceived notions.”

For the first time, JARC was able to give a car to one of our graduates whose primary source of transportation was a bicycle. Chris and her husband were selected to receive the generous donation from one of JARC’S Board Members, Rob Eakins and his wife Julie Wachowski, based on medical need and the ability to sustain the financial commitment.